Rozen Maiden: Wechseln Sie Welt ab (ローゼンメイデン ヴェヘゼルン ジー ヴェルト アップ Rōzen Meiden Vehezerun Jī Veruto Appu) is an adventure game / Visual Novel for the Playstation 3 and Vita, which released on January 30, 2014.[1] The scenario of the game is a addition to the story of the original and the new TV animation.

The game follows the life of Jun Sakurada through two separate paths in the visual novel, where he can chose to wind up Shinku, or not. Doing so will allow him to be her master and the game will follow him through the Middle School Route. Choosing not to do so will send players down his college route. 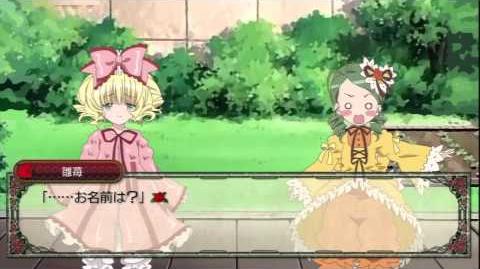 Retrieved from "https://rozenmaiden.fandom.com/wiki/Rozen_Maiden:_Wechseln_Sie_Welt_ab?oldid=9120"
Community content is available under CC-BY-SA unless otherwise noted.